Many things of the best anime heroes are the same, yet there might be huge differences as well. This is particularly noticeable when examining their character traits. 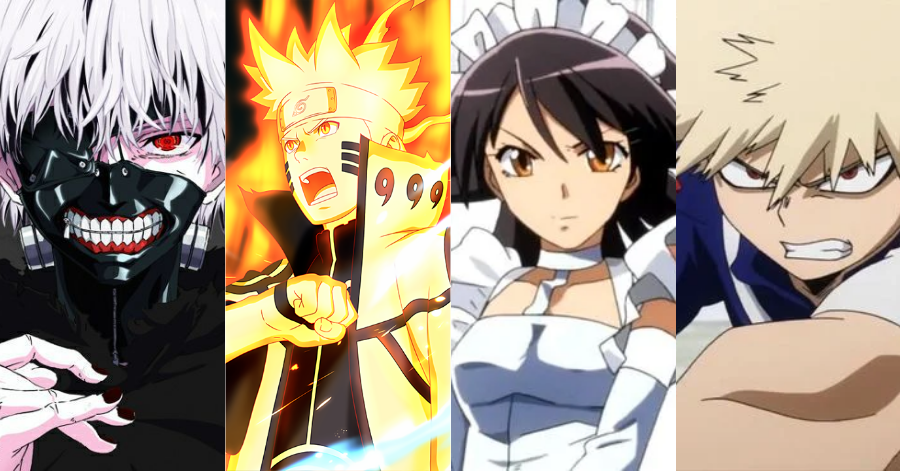 Anime protagonists and heroines come in all shapes and sizes, even if they are all made of the same stuff. Main and supporting characters in anime tend to be strong, brave, kind, and unselfish, with a wide range of abilities at their disposal. While some heroes rush headlong into battle, others maintain their composure.

It’s nearly become a stereotype that shonen heroes, in particular, are arrogant, naive hotheads who irritate their friends and impress their foes. However, many anime heroes know how to keep their cool under pressure and weigh their options carefully before making a determined action.

Here are 5 Anime Heroes that Rockinmen believes to be hot-tempered.

Over time, Naruto Uzumaki developed the ability to think things through and the patience to practice more difficult techniques like Sage Mode, which allowed him to become stronger and more patient. Naruto, on the other hand, is known for his hot-headedness and rashness in battle, which delighted and irritated Kakashi Hatake in the early days of Team 7’s existence, respectively.

When it comes to becoming Hokage, patience has never been one of Naruto’s strong suits. If a buddy, like Gaara of the Sand, is in danger, Naruto will charge in regardless of the consequences of insults or taunting. 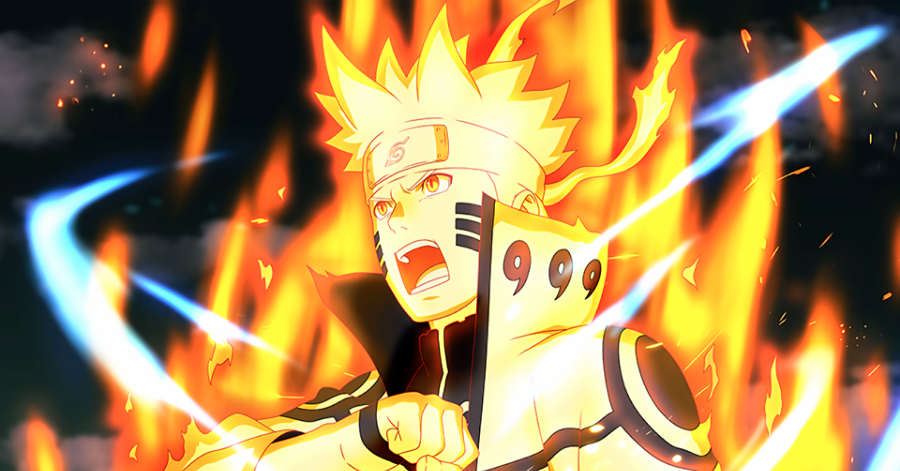 Shojo heroines can be as fierce as shonen heroes, but they also have a sweet and friendly aspect to them that helps to balance things out. Misaki Ayuzawa, president of Seika’s student council and a person with a temper, is one of such people.

When it comes to her friends and supporters, Misaki is kind and patient. However, when it comes to her enemies and opponents, who are typically lawbreakers, she is firm and unyielding. It doesn’t take Misaki long to get worked up, and he sees everything as a challenge, good or bad. Takumi Usui, the “pervy alien,” is the only one who has ever gotten a rise out of her. 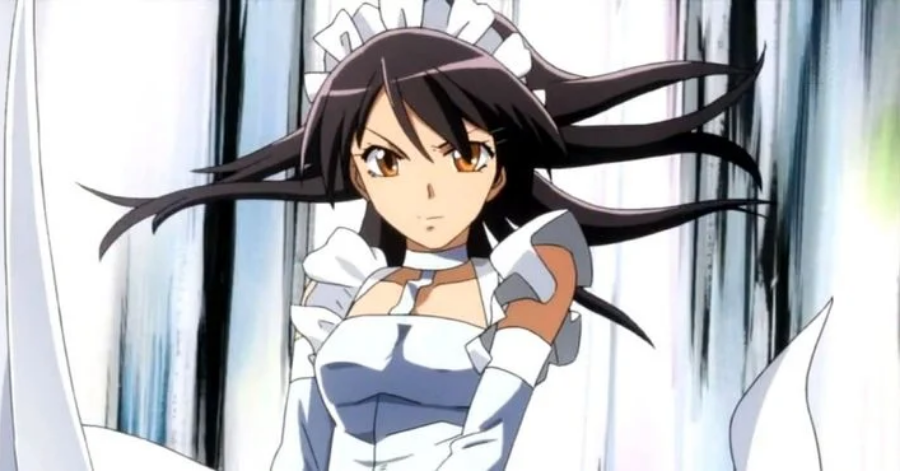 Katsuki Bakugo, a professional hero who sought to name himself King Explosion Murder in My Hero Academia, is the most egotistical anime hero to date. Everyone in class 1-A understands that Bakugo’s Quirk, Explosion, perfectly complements his similarly explosive temperament.

It’s no secret that Bakugo is an intelligent young man who can reason things out, but it doesn’t stop him from being overly competitive and combative, at times even to the point of being petty. Despite this, he is making progress toward a healthier and more productive rivalry with Izuku, which is a much-needed shift for the better. 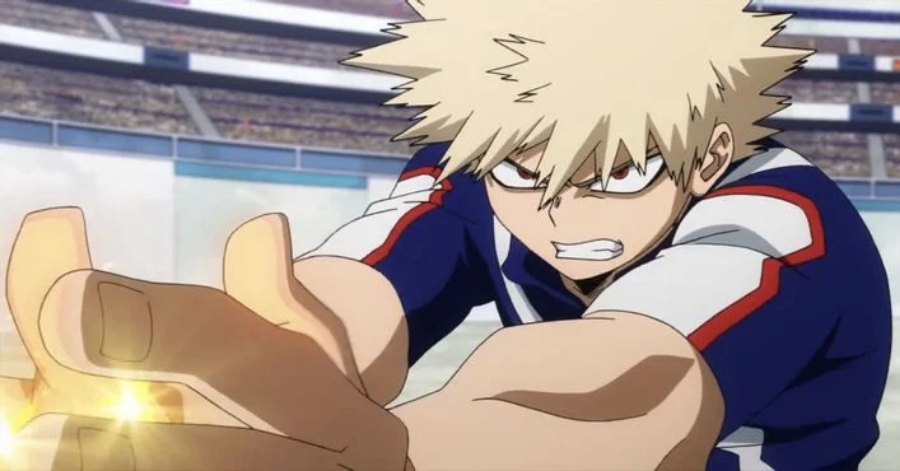 Edward Elric (Fullmetal Alchemist: Brotherhood), on the other hand, is a real pain in the neck. Although he is a gifted and knowledgeable state alchemist, he is also known for his quick fuse, insecurities about his height, and competitive temperament, as well as his inability to articulate his feelings for Winry. He embodies everything that’s wrong with today’s sullen, brooding adolescent.

It doesn’t take much for Edward to snap if someone merely mentions his little stature. He despises it when people treat him like a joke or look down on him. Attempting to outshine or mock him will cause him to have a meltdown, and he isn’t afraid to engage in a shouting war. He’s not, however, a bully. He’s also a decent human being who is adamant about standing up for the weak and defenseless. 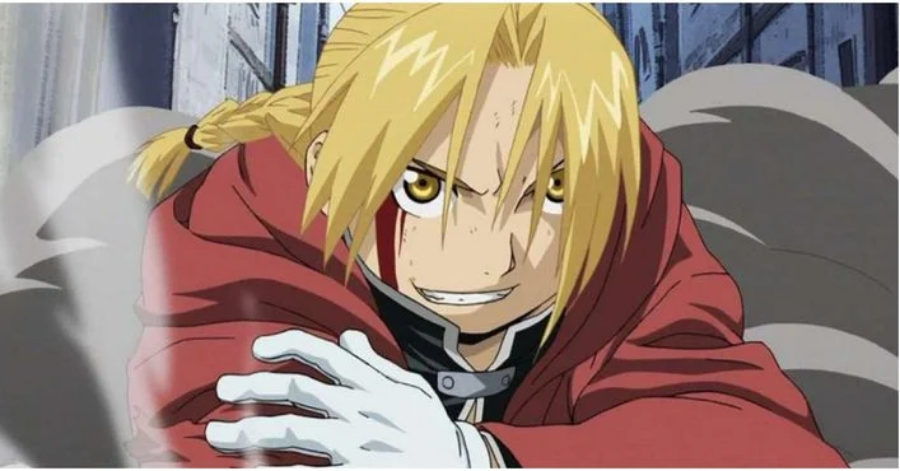 5. Avatar Korra (The Legend Of Korra)

Aang’s successor, Avatar Korra, is an entirely different person. Even though Korra is a naturalized Waterbender, she exhibits the ferocity and tenacity of an Earthbender. Her fierce anger never really subsided even as the series progressed.

To get things done, Korra tends to plunge into the conflict headfirst. She feels that actions speak louder than words, even though politeness is something she appreciates. It’s safe to say that Korra gets into more trouble than she solves, as she frequently butts heads with everyone, from Tenzin and Mako to Lin Beifong and beyond. 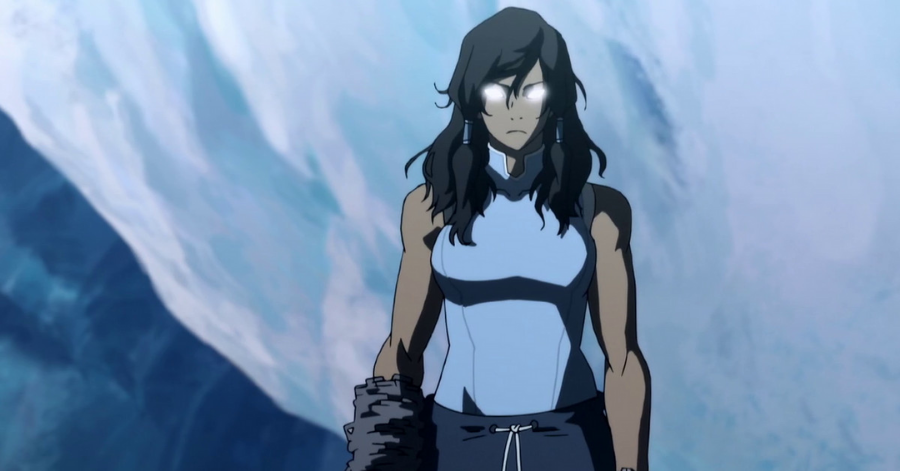 Here are 5 Anime Heroes that Rockinmen believes to be even-tempered.

Even though Soma Yukihira can be a bit eccentric, he is a dedicated cook with aspirations to be at the pinnacle of his profession. To be a true shonen hero, Soma must be brave and self-assured, but he must also be cool under pressure.

Instead of being competitive like Takumi Aldini and ferocious like Kurokiba, Soma is actually one of the most laid-back personalities. Soma relishes competition, but he also deliberates before acting, so insults and taunting don’t get to him quickly. He is unfazed by anything. 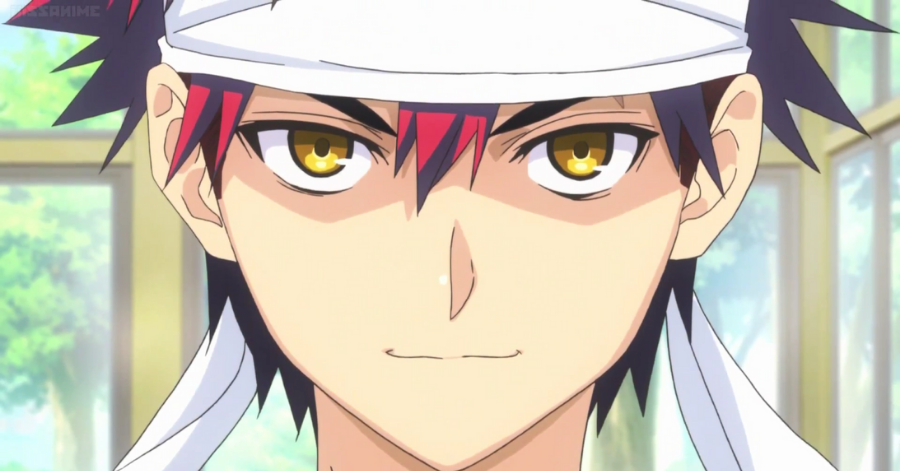 The teen shonen hero JoJo’s Bizarre Adventure’s Jotaro Kujo, in contrast to his hilarious and brash grandfather Joseph, seems to take great satisfaction in his cool, aloof exterior. No one, not even his own family, can occupy his time with games or nonsense because he lacks patience. As a result, he can be a bit spiky and difficult to get close to at times.

Jotaro, on the other hand, is a knowledgeable and mature young man who isn’t easily upset or scared in battle, despite the fact that he and DIO got quite personal. Jotaro’s ability to remain calm under pressure and outmaneuver his foes has led to some amazing victories. 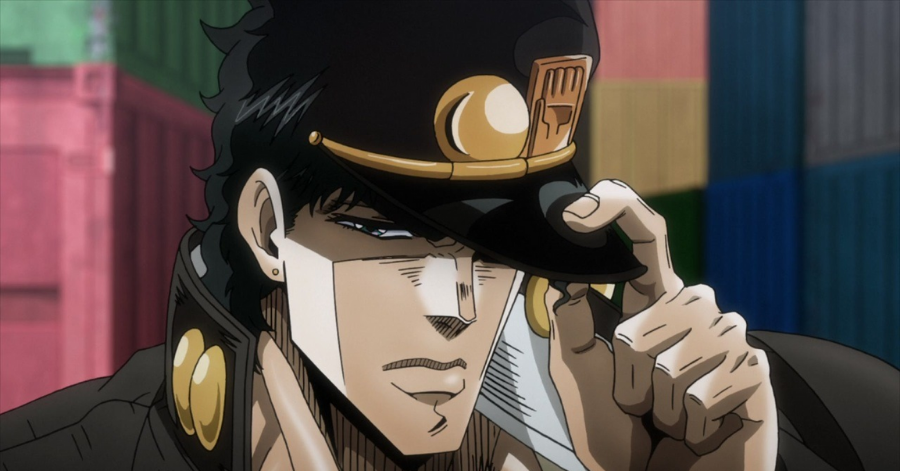 A quintessential shojo heroine, Tohru Honda has a kind heart and steely mettle when the circumstance calls for it. Tohru’s mother, Kyoko, was an ex-delinquent who taught her many life lessons, including compassion and optimism. Tohru’s spirit was unbroken even after Kyoko’s awful demise.

With Tohru’s ability to make friends with just about anyone, a buddy can finally become their best self by working through their emotional and personal baggage. Tohru is unflappable in the face of adversity, and he isn’t about to put up with Akito’s temper outbursts. She’s kind in her response. 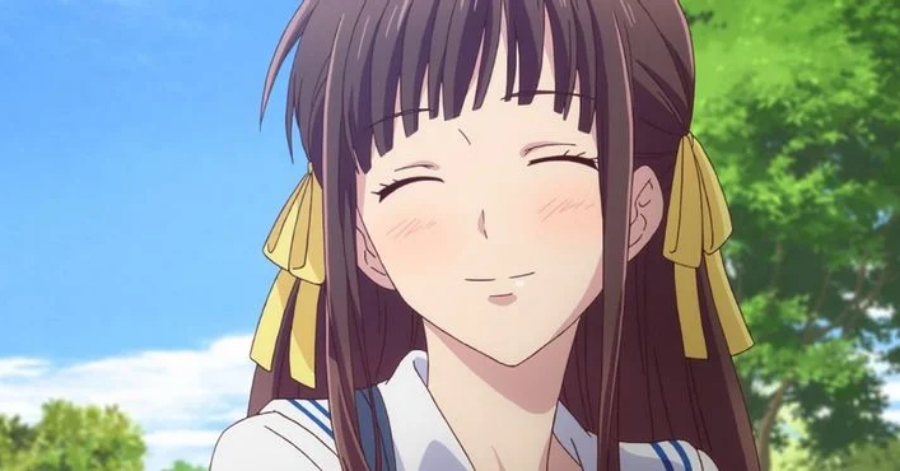 The bookish Uryu Ishida is notorious for getting easily enraged and snapping at people, just like Ichigo Kurosaki’s punkish personality and startling short temper. There is also Sado Yasutora (Chad), who is a total professional. He’s impervious to every danger in Bleach.

As a mature, dignified young man who has vowed to utilize his physical strength for the good of others rather than the evil of himself, Sado Yasutora also has a seemingly limitless supply of patience. He is impervious to insults and taunts, but he is also adamant about fighting even when he is clearly outmatched, as he was when he confronted Captain Shunsui Kyoraku or Nnoitora Gilga for example. Even though he is a little careless, it does not appear that he is irresponsible in his approach to it. 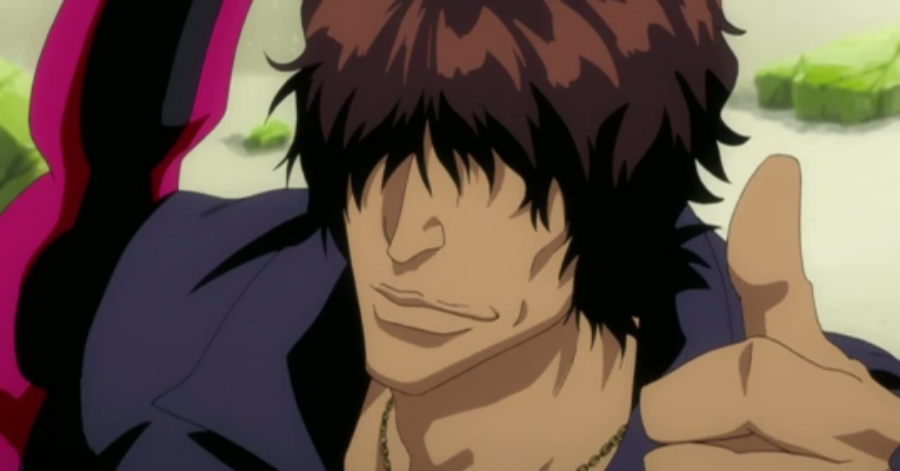 The half-ghoul transformation of Ken Kaneki changed his life forever, and as a result, he set out to promote harmony between humans and ghouls as a man split between two worlds in Tokyo Ghoul. For him, the goal of uniting all of humanity is more important than survival or self-preservation. He can relate to both ghouls and humans, and he struggles to achieve that goal.

Naturally, Ken is a bold and tough fighter, but he doesn’t get worked up quickly and attempts to win a fight without spilling blood as he did in his first encounter with Kotaro Amon. Ken is the kind of person who thinks things through and is prepared to retreat if necessary. 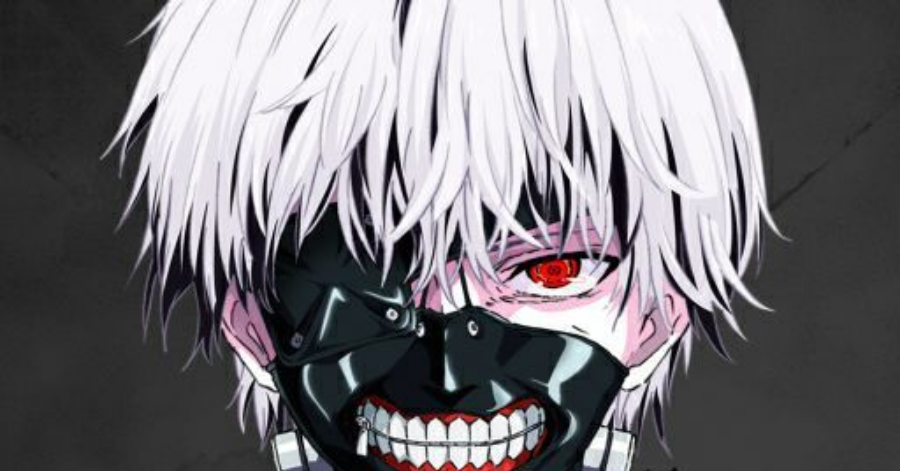 Rockinmen has just compiled the 5 Hot-Tempered And 5 Even-Tempered Anime Heroes above. Please let us know if you have another list!